According to the U.S. Census Bureau1, nearly 40 million American families will move to a new home this year. However, if 87% of people age 65 and over have their way, they will keep the one they have. That is the percentage of seniors who, according to AARP 2, would prefer to stay in their home to age in place. Staying in the comfort of their home and being near friends and family are cited as the main reasons for staying in their home.3 The challenge for many older Americans is that the costs associated with maintaining a home don’t retire when they do.

As a general rule, homeowners should plan on spending $1 per square foot on home maintenance each year 4. That translates to $2,500 in maintenance costs for a 2,500 square foot home, however, other factors, such as age, weather, condition and location can significantly increase those costs. That is not counting major modifications made to accommodate aging homeowners, such as adding ramps or retrofitting a bathroom, which can run as high as $30,000.5

To further complicate financial matters, an increasing number of people are entering retirement carrying a mortgage and other debts; and, with life expectancy surpassing 80 years, a retired couple can expect to pay more than $250,000 in medical and long-term care costs.6

Often overlooked by retired homeowners is the rising cost of utilities. According to the Institute for Energy Research, residential electricity prices increased by 34% between 2005 and 2016. For many senior homeowners, that can have a significant impact on their housing budget, especially if they are living on a fixed income.

Entering retirement with a maintenance fund should be a starting point for pre-retirees who have the time and the means to do so. However, for retirees with limited funds, their primary strategy needs to focus on achieving deep savings in

housing costs starting with energy costs, which can always be expected to increase each year. Here are five tips that can save homeowners hundreds or even thousands of dollars a year.

You often hear stories about people who bought up entire inventories of traditional incandescent light bulbs because they refuse to convert to the energy efficient light bulbs as mandated by the federal government. While they may boast about how much money they saved by buying cheaper incandescent bulbs, they are paying as much as three times more in actual energy costs each year.

According to Energy.gov, energy efficient bulbs, such as halogen incandescent bulbs, compact fluorescent lamps (CFLs), and light-emitting diodes (LEDs) typically use about 25% to 80% less energy. Those savings are compounded when you factor in bulb life, which can be long as 25,000 hours for a 12W LED bulb compared with 1,000 hours for a traditional bulb. The savings can amount to as much as $3 per bulb throughout your household.

If you live in one of the colder parts of the country you may be tempted to keep your water heater temperature set to high (140 degrees or higher). However, according to Energy.gov, you can save as much as 10% off your energy bill by setting it to 120 degrees, which is considered by energy experts to be the optimum temperature for getting the hot shower you want while cutting down on energy costs. For older water heaters, insulation will reduce heat loss by as much as 45%, saving you even more money.

Run your washer during off-peak hours to save on your utilities bills.

Most utility companies offer lower rates for electricity used during off-peak hours. The most expensive time for running power is about 1:00 PM to 7:00 PM Monday through Friday; from 10:00 AM to 1:00 PM and 7:00 PM to 9:00 PM when rates are as much as 25% less can help reduce cost all around. Off-peak hours include times before 10:00 AM and after 9:00 PM when rates can drop by as much as 50%. You would need to ask your utility company the times for their off-peak hours, but the savings on these energy hogs can be significant – as much as 8% on your energy bill!7 You can save even more money by using your dishwasher and washing machine at the same time. By running both at the same time your water heater will use less energy heating water.8

Nothing uses more energy than warming or cooling your house, especially when you go from cranking up the temperature to cranking it down. By installing a programmable thermostat, you can easily manage comfortable temperature settings. For example, if you live in a colder part of the country, you can program your settings for 55 degrees at night and 64 degrees during the day during the winter. It could amount to a small project to get one installed, but with savings of 10% or more, it is well worth it.

Adding attic insulation may be the easiest way to save the most on energy use. Considering that the attic is where all of your heat goes, if it isn’t allowed to escape, you can reduce the amount of heat you’ll need. Energy Star estimates you can realize as much as a 20% reduction in heating and cooling costs by insulating your home. Even if your home has been insulated in the past, your attic can probably use some modifications. Insulation is fairly inexpensive and installing it in the attic is not too difficult for most do-it-yourselfers.

All told, these personal tips, several of which you can start using today, can add up to more than 50% in energy savings. Considering that the average annual utility bill is $2,200, it can add around as much as $1,100 to your spending budget. That’s a nice raise for a retired homeowner.9

4“How Much Should You Budget for Home Maintenance and Repairs?” The Balance. April 4, 2017, https://thebalance.com/home-maintenance-budget-453820/

7“Cheapest Time of Day to Run a Dishwasher”. SFGate,  https://homeguides.sfgate.com/cheapest-time-day-run-dishwasher-68913.html 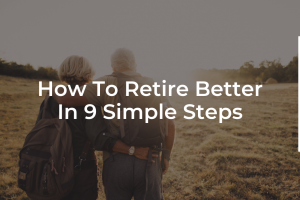 How to Retire Better In 9 Simple Steps 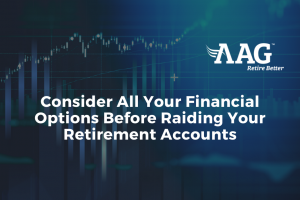 Consider All Financial Options Before Raiding Your Retirement Accounts