6 People Who Became Famous Icons in their Older Years

Anything is possible during retirement! If you find yourself blaming old age for reasons you don’t pursue your dreams, then read ahead and be astounded by what these individuals have done in their older years.

This list includes people who had been working toward their career goals for a lifetime before gaining fame, but also people who rediscovered these interests later in life.

Whether you’ve had passion projects sitting on the back burner, or need to find something new to keep you busy, you’ll realize it’s possible to take these pursuits to the next level with a bit of persistence and determination! We hope our list provides inspiration for achieving your next set of goals. From the wise words of Lyn Slater: “Age is not a variable!”

Lyn Slater, also known as the accidental icon, is a 64-year-old college professor who has social media contracts with major brands like JW Anderson and Valentino. She’s used her somewhat ordinary urban life to create her own voice and brand for the “everyday woman” with disregard to age. Her inspiration has surely made an impact with her iconic “age is not a variable” phrase making a huge impact on the fashion world.

Who would have thought you could become famous at age 96? That’s exactly what author Harry Bernstein did. After his wife passed away, he found himself pondering his childhood years. Even with age, Bernstein believed the past became more clear. Writing was his way of occupying himself later in life. His books focus on the experiences he shared with his family through the decades. Bernstein was still writing when he died at age 101. His last book was published posthumously.

The mother of Elon Musk was a model in her younger years, but became very surprised to see her career continue to grow after getting an Instagram account three years ago. Musk’s career bounced back with features in Elle and New York Magazine, a Covergirl ambassadorship, a spot in runway shows like Dolce & Gabbana, and an IMG Models contract. All of which happened after she turned 65!

Barlow had been sculpting and teaching at Slade School of Fine Art for years until she finally started to gain global recognition in her 60s. Her sculptures are loud, bold, colorful, and made with inexpensive materials such as cardboard and plywood. Her first major show was at age 66, which then escalated to a spotlight in Venice Biennale in 2017 and regular displays at Tate Modern. Believe it or not, before this recent acclaim she wasn’t making any money off of her work and left her pieces out in the street! Artists like Barlow show that perseverance is key when you do something you love.

There’s a reason the KFC logo displays a man with a crown of gleaming white hair! Sanders was running a popular service station when he was dubbed a Kentucky colonel at age 40 for the food’s fame. He closed the restaurant in 1952 to focus on franchising his chicken business. He’d cook batches in restaurants across America and get paid a nickel every time the chicken sold. By age 74, he had more than 600 franchised outlets, which he sold for $2 million. Sanders continued to visit KFC as a spokesperson until his death in 1980.

Perhaps one of the most impressive feats on the list is running a marathon in under six hours at age 92! Achieving physical triumphs at such a mature age may seem impossible, but Singh has proved everyone wrong with his track record. His fast feet even gained him recognition from the Queen of England who wrote him a telegram and gave him a British Empire Medal. Singh rediscovered running in his 80s and today he is still exercising at age 107!

These people have proven age is no excuse for becoming a prominent influencer in your community. Now that you’re inspired by their accomplishments, what do you plan to do during your retirement?

To learn more about your other home equity solution options, speak with an AAG professional today at (866) 948-0003 or request a free info kit here.

We hope this article has given you some help with things to think about. Of course, every situation is different. The information shared was verified at publication. This article is intended to be general and educational in nature and should not be construed as financial advice. Consult your financial advisor before implementing financial strategies for your retirement. 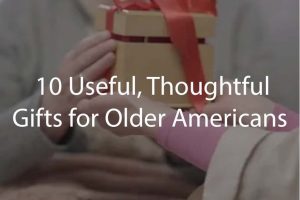 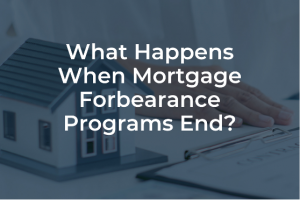