NO PURCHASE NECESSARY. A PURCHASE OF ANY KIND WILL NOT INCREASE YOUR CHANCES OF WINNING. VOID WHERE PROHIBITED. This Contest is in no way sponsored, endorsed, or administered by, or associated with Facebook.

1. ELIGIBILITY: The 2017 American Advisors Group #DoSomethingGood Contest (the “Contest”) is open only to legal residents of the continental United States who are the age of majority in his/her jurisdiction of legal residence at the time of entry. Sponsor (as defined below) reserves the right to verify the eligibility requirements of each entrant. The Contest is void where prohibited by law. By participating in this Contest, entrants agree to these Official Rules and the decisions of Sponsor, which are final and binding in all matters relating to this Contest.

4. HOW TO ENTER: During the Promotion Period, visit the Contest website, located at https://www.aag.com/dosomething-good/ (the “Contest Website”), and follow the instructions to enter, including submitting a photo and caption, in 100 words or less, that explains a little about yourself, along with how you helped the senior community or a senior citizen. The photo and caption must be saved in JPEG image file format, with the file name consisting of your full name and date of birth (e.g., John_Doe_020493.jpeg). Your entry must be complete and include all information requested, including your personal information, photo and caption. If your entry contains all of the required information, as determined by Sponsor, you will automatically receive one (1) entry into the Contest. LIMIT: ONE (1) ENTRY PER PERSON. All entries MUST (i) be complete and include all required information; (ii) be in the English language; and (iii) be the entrant’s original idea. Any entries that contain material that is determined by Sponsor, in its sole discretion, to be inappropriate, infringing, indecent, obscene, hateful, tortious, defamatory, slanderous, libelous, racially or religiously biased or offensive will be disqualified. In the event that any third party may claim ownership over your entry photograph, you must obtain prior consent to submit the photo in this Contest and agree to provide evidence of such consent if requested by Sponsor. An entry that does not contain all of the required information, or that contains inaccurate or incorrect information, will not generate an entry into the Contest. Entries received before or after the Promotion Period will not be entered into the Contest. The email address provided by each entrant shall serve as the contact information of record in respect of all communications with each entrant (or their parent or legal guardian, as applicable). Entrants must provide all information requested to be eligible to win. Incomplete, unreadable, misdirected, invalid or unintelligible entries will be disqualified. Sponsor is not responsible for lost, late, misdirected, damaged, illegible or incomplete entries in these Official Rules. Entries will not be acknowledged or returned. Any attempt by any entrant to obtain more than the stated number of entries by using multiple/different email addresses, identities, or any other methods (fraudulent or otherwise) will void that entrant’s entries and that entrant may be disqualified. In the event of a dispute, the entrant will be deemed to be the authorized account holder of the e-mail address identified in the entry. “Authorized account holder” is defined as the natural person who is assigned to the mobile telephone number or email address (as the case may be) by a telephone company, wireless service provider, Internet access provider, Internet service provider or similar organization (as the case may be).

5.WINNER SELECTION:Phase One: Sponsor will approve entry submissions received during the Promotion Period to ensure compliance will all requirements set forth in these Official Rules. Phase Two: On or about January 3, 2017, Sponsor will invite the public via its Facebook Page to vote for the winning entry. Public voting will take place during the Voting Period, when the public can vote for an entry on the Contest Website using the following criteria: (i) originality; (ii) relevance to the question posed; and (iii) punctuation/grammar. The winner will be determined by total tally of live votes from the Contest Website. Voting is limited to one (1) vote per entry per day. In the event of a tie, the potential winner will be selected by a panel of judges selected from Sponsor’s personnel who will choose the winning entry based on the entrant’s score for relevant to the question posed. Decisions of the Sponsor as to all Contest matters are final. The potential winner will be notified via the email address and/or phone number provided upon entry into the Contest. In the event that the potential winner does not respond to any such notification within 2 days of date of notification, a disqualification will result, and the Prize (as defined below) will be forfeited. In such event, the entrant with the next highest score may be named as the alternate potential winner. The potential winners are subject to verification and compliance with the Official Rules. If required by law, winner will be issued a 1099 tax form for the prize value. The potential winners may be required to complete and return to Sponsor an Affidavit of Eligibility/Release of Liability (the “Release”) and applicable tax form(s) within 2 days of the date notice or attempted notice is sent. If any attempted notification or prize winning is returned as undeliverable, or if the potential winner fails to complete and return any required Release and tax form(s) within the specified time period, the potential winner may be disqualified and an alternate winner may be selected.

6. PRIZE DESCRIPTION: One (1) winner will receive a $1,500 check (the “Prize”). All federal, state and local taxes on the Prize are the sole responsibility of the winner. Prize cannot be transferred or substituted except at Sponsor’s sole discretion. Sponsor reserves the right to substitute any Prize, or portion thereof, with a Prize or comparable or greater value, in its sole discretion. Winner is responsible for their own costs and expenses associated with the acceptance or use of the Prize that are not specifically stated above. All federal, state and local taxes on the Prize value are the sole responsibility of the winner. Sponsor will not replace any lost or stolen Prize. Only the number of prizes stated in these Official Rules is available to be won in the Promotion. If, by reason of a print or other error, more prizes are claimed than the number set forth in these Official Rules, an alternate winner will be determined in accordance with the winner selection method described above from among all eligible claimants making purportedly valid claims to award the advertised number of Prizes available.

7.PUBLICITY: By entering the Contest, entrant hereby grants to Sponsor consent to display entrant’s entry on the Contest website and on Sponsor’s Facebook Page in order to administer and promote the Contest. Acceptance of the Prize shall constitute and signify the winner’s agreement and consent to Sponsor’s use of his or her name, city and state of residence, entry response, and/or prize information in connection with the Contest or with respect to Sponsor’s brand, products, ad campaigns, or any other commercial or non-commercial use to which Sponsor would like to put such rights. This permission applies worldwide, in all media now known or later invented (including the Internet), without limitation and without further payment, approval, notification, or consideration, except where prohibited by law.

8.RELEASE:By entering the Contest, each entrant agrees to release and hold harmless Sponsor and Sponsor’s related companies, employees of Sponsor’s advertising and promotional agencies, Sponsor’s parents (if applicable) and affiliates and each of their respective officers, directors, employees, shareholders, and agents (“Released Parties”) from and against any claim or cause of action arising out of participation in the Contest or receipt or use of any Prize.

9.GENERAL CONDITIONS: Sponsor reserves the right to cancel, suspend and/or modify the Contest, or any part of it, if any fraud, technical failures or any other factor beyond Sponsor’s reasonable control impairs the integrity or proper functioning of the Contest, as determined by Sponsor in its sole discretion. Sponsor, in its sole discretion, reserves the right to disqualify any individual it finds to be tampering with the entry process or the operation of the Contest or to be acting in violation of these Official Rules or those of any other promotion or in an unsportsmanlike or disruptive manner. Any attempt by any person to deliberately undermine the legitimate operation of the Contest may be a violation of criminal and civil law, and, should such an attempt be made, Sponsor reserves the right to seek damages from any such person to the fullest extent permitted by law. Sponsor’s failure to enforce any term of these Official Rules shall not constitute a waiver of that provision.

10.LIMITATIONS OF LIABILITY: In respect to all entrants, the Released Parties are not responsible for and shall be released from all liability resulting from: (1) any incorrect or inaccurate information, whether caused by entrant, printing errors or by any of the equipment or programming associated with or utilized in the Contest; (2) technical failures of any kind, including, but not limited to malfunctions, interruptions, or disconnections in phone lines or network hardware or software; (3) unauthorized human intervention in any part of the entry process or the Contest; (4) technical or human error which may occur in the administration of the Contest or the processing of entries; (5) late, lost, un-deliverable, damaged or stolen mail; or (6) any injury or damage to persons or property which may be caused, directly or indirectly, in whole or in part, from entrant’s participation in the Contest or receipt or use or misuse of any Prize (some jurisdictions do not allow the aforementioned limitations or exclusions of liability, so parts of this section may not apply). The Released Parties are not responsible for and are released from any liability with respect to misdirected or un-deliverable entries or for any technical problems, malfunctions of computer systems, servers, providers, hardware/software, lost or unavailable network connections or failed, incomplete, garbled or delayed computer transmission or any combination thereof. The Released Parties are not responsible for any typographical/other error in entries, selection announcement or for any liability for damage to any computer system resulting from participation in, accessing or downloading information in connection with this Contest.

11.DISPUTES:Except where prohibited, all entrants agree that: (1) any and all disputes, claims and causes of action arising out of or connected with this Contest or any prize awarded shall be resolved individually, without resort to any form of class action, in a federal or state court in the State of California; (2) any and all claims, judgments and awards shall be limited to actual out-of-pocket costs incurred, including costs associated with entering this Contest, but in no event attorneys’ fees; and (3) under no circumstances will the entrants be permitted to obtain awards for, and entrants hereby waive all rights to claim, indirect, punitive, incidental and consequential damages and any other damages, other than for actual out-of-pocket expenses, and any and all rights to have damages multiplied or otherwise increased. All issues and questions concerning the construction, validity, interpretation and enforceability of these Official Rules, or the rights and obligations of the Entrant and Sponsor in connection with the Contest, shall be governed by, and construed in accordance with, the laws of California without giving effect to any choice of law or conflict of law rules (whether of California or any other jurisdiction), which would cause the application of the laws of any jurisdiction other than California.

13. WINNERS LIST OR COPY OF OFFICIAL RULES: For the prize winner or Official Rules, visit https://americanadvisorsgroup.com/dosomething-good/. The prize winner will be posted after winner confirmation is complete. 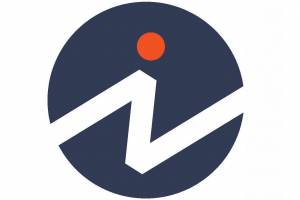 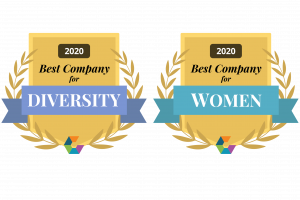 AAG Named a Best Company for Diversity and Women