Be a Part of the Historic U.S. Census

Your response to the U.S. Census matters for so many reasons. Based on only nine questions and the answers you and more than 300 million Americans are expected to provide, the U.S. government uses the information to apportion not only the number of U.S. Representatives your state will receive but also trillions of dollars that can help pay for health clinics, schools, roads, and so many other programs, projects, and services vital to your community.

“For every person who doesn’t respond to the census, we lose around $1,000,” said Harris County, Texas, Judge Lina Hidalgo, on the CBS program, “Sunday Morning,” March 29. A lack of participation by just a few people can quickly add up to thousands of valuable dollars and opportunities lost to help your community thrive.

By participating in the U.S. Census, you will be doing more than just your civic duty, you will be playing an important part in history. The first U.S. Census was conducted in 1790, just a year after George Washington, the first president of the United States, was inaugurated.

Upon its completion, Washington announced a U.S. population of 3,929,214. As nominal director of the first census, U.S. Secretary of State Thomas Jefferson feared that the official tabulation had significantly undercounted the population, perhaps by several hundred thousand residents.

Reportedly, even Ben Franklin’s granddaughters went uncounted by census enumerators who were paid $1 for every 150 individuals counted.

Although the decennial U.S. Census is mandated by Article l, Section 2 of the U.S. Constitution, it is hardly a U.S. invention, evidenced by numerous historical and literary accounts.

In the Book of Numbers (26:4), the fourth book of the Hebrew Bible, Moses was instructed to order a census: “List all the men of Israel twenty years old and older, just as the LORD commanded Moses.”

Meanwhile, in Luke, the longest of the four gospels in the New Testament, Mary and Joseph traveled from their home town of Nazareth to Bethlehem in order to satisfy a Roman Empire imperial edict that all individuals return to their ancestral towns to be counted in the census.

During the reign of the English monarch William the Conqueror (1066-1087), a survey was conducted to inventory all the land and property in his kingly realm, which resulted in the Domesday Book.3 While the book didn’t count people, the accounting of England’s assets planted the seeds for modern census-taking.

As the United States population continued to grow throughout the 19th Century, problems in counting the population also grew. Sometimes it took almost a full decade to tabulate the results—at which point, of course, it was time for a new census to begin.

Fortunately, American ingenuity rose to meet the ever-mounting counting challenge in the form of Herman Hollerith (1860-1929), who invented the electric tabulating machine that could read data from the holes on paper punch cards. His invention was put into full use for the 1890 U.S. Census, a survey of 470 questions (including one asking whether there was anyone living in the family who was “defective of mind, sight, hearing, or speech?”) Hollerith’s business, then known as the Computing-Tabulating Recording Company, would be renamed IBM in 1924.

Since the first census was conducted in history, getting everyone to participate has been a struggle for nations, including the United States. Distrust in government, privacy concerns, and fear of how the data is used have all been cited as reasons why some members of the population are reluctant to participate in the U.S. Census. Nevertheless, the U.S. Census is the law of the land, anchored by 230 years of history.

To reach those who haven’t answered their 2020 questionnaires by mail, phone or online, U.S. census-takers will begin going door to door to collect their responses, a task of logistical difficulty in any decade, but made even more complex by the outbreak of the coronavirus. As of March 21, 2020, the U.S. Census Bureau reported that the initial response rates for every state, county and city across the nation was just 16.7% of U.S. households. Forms began arriving in mailboxes on March 12.4

This cost of this outreach, which will continue through Dec. 31, 2020, is expected to exceed more than $15 billion, owing in part to the small army of census takers needed to try to reach every American. In 1790, approximately 650 U.S. Marshals were employed to conduct the census. The 2010 Census employed 635,000, and the 2020 Census will likely need even more foot soldiers.

By responding to the U.S. Census by mail, phone or online, you can make the enormous undertaking of the U.S. government a little easier. In addition, your early response, along with millions of others, can help the country contain its data collection costs.

If you are ready to begin online, visit www.my2020census.gov.

Phishing is a criminal act in which someone tries to get your information by pretending to be an entity that you trust. Phishing emails often direct you to a website that looks real but is fake — and may be infected with malware.

In addition, the Census Bureau will not contact you on behalf of a political party.

If you suspect fraud, call 844-330-2020 to speak with a Census Bureau representative. If it is determined that the visitor who came to your door does not work for the Census Bureau, contact your local police department.

We hope this article has given you some help with things to think about. Of course, every situation is different. This information is intended to be general and educational in nature, and should not be construed as financial advice. 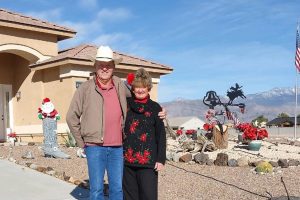 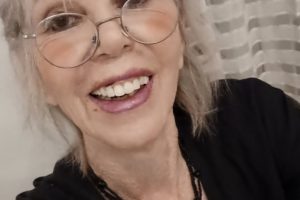