Homes and the Stock Market Crash of the 1930’s

October 29, 1929, known as Black Tuesday, lives in infamy as the day the stock market crashed. On this day, the booming stock market finally imploded and stocks tumbled in value. Many investors lost everything, and the economy took a severe hit. The Great Depression began, which would hold the United States in its grip for the next 10 years. The Great Depression was a worldwide economic situation; however, the United States was one of the countries hit hardest by unemployment and the economic woes that accompanied this widespread job loss.

During the 1920s, the stock market entered a period of increasing “bull market” activity. Stocks increased exponentially in value, and investors became overly optimistic about the stock market and its robust upward trajectory. Over-investment inflated stock prices further, which made the stock market seem virtually indestructible to excited investors. In their quest to continue buying stock, investors borrowed money from banks and used the stocks they were purchasing as collateral for the loans. When the stock market eventually corrected itself and stock prices fell dramatically, investors became unable to repay their loans. Because the collateral used for the loans did not have the value to support the loan, banks were left trying to call in worthless loans. At this time, the Federal Reserve was not in place as a safety net, and deposit insurance did not yet exist. These loan defaults forced banks to find other ways to remain solvent, such as calling in business loans and foreclosing on home mortgages.

• The Great Depression Q and A
• The Depression in the United States–An Overview
• Before the Crash of 1929, Investors Weren’t Fazed by Volatility

A housing bubble was also occurring during the 1920s, at the same time as the stock market bubble. People were financing homes more frequently than ever before, and real estate construction was booming. As people over-extended themselves with balloon mortgages and securities debt, the stage was set for this bubble to burst and correct itself, too. Land and structure values were not increasing in step with mortgage debt. Household budgets were balanced precariously with little room for error or misstep. When the stock market corrected itself and banks began floundering, the housing market bubble also burst.

Widespread bank failures in the early 1930s stalled the economy in a big way. Other businesses began to fail due to bank failures because suddenly their sources for business financing disappeared. As businesses failed, people lost their jobs and the unemployment rate skyrocketed. Home prices declined substantially, making it nearly impossible for homeowners to sell their properties. Both underemployment and unemployment led inevitably to a home mortgage crisis because people could not afford to pay their bills. To complicate matters further, even foreclosing on mortgages was not a viable solution because many banks did not have the resources necessary to complete the foreclosure process.

Farm failure was rampant during the Great Depression, too. Prior to the stock market crash, farmers had caught the overall air of expansion that was common throughout America. Many farmers were in debt to banks for both land and farming machinery, using their current land and machinery as collateral for the loans. As land value dropped drastically after Black Tuesday and banks began recalling loans, farmers were left without a safety net. Mortgage default was common and many farmers and their families were forced to leave their farms upon foreclosing on their loans.

Franklin Delano Roosevelt won the presidential election in 1932 by a landslide. Once he assumed office, Roosevelt began swift reforms to bring relief to the American people, termed the “New Deal.” The New Deal promised reforms of the U.S. financial system, recovery of the economy, and relief for people suffering from the ravages of unemployment. Under Roosevelt’s directive, the Public Works Administration oversaw the construction of low-cost housing for the poor. The inception of the Federal Housing Administration in 1934 also made subsidized and insured mortgages a reality, enabling people to afford homeownership once again.

The Great Depression was a time of infinite suffering. However, it also taught important economic lessons about prosperity, mass consumerism, and prudent frugality. Financial responsibility — globally, nationally, and personally — can have a significant impact on overall solvency. 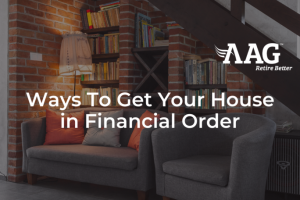 Ways to Get Your House in Financial Order 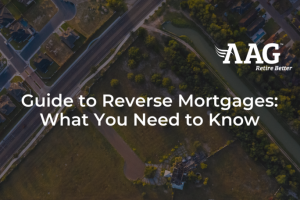 Guide to Reverse Mortgages – What You Need to Know