We’ll Be Right Back: The Top TV Show Reboots

At American Advisors Group, we care about all things related to retirement, and television is definitely included in that category. Like many others, we have noticed what feels like an increasing number of reboots or revivals of beloved television programs, bringing the characters and premises of these shows out of “retirement” and putting them in front of new audiences who missed them the first time around.

Once we started investigating this phenomenon further, we found that it is even more pervasive than we first thought. That led us to start researching these kinds of shows in both their previous and current iterations. Once that data was compiled, we took it a step further and graphed out our findings, which we just had to share with the world. Below you can review our findings based on data relating to 50 scripted shows that retired and came back, as well as 25 game shows that did the same.

First and foremost, we were able to confirm the suspicions of many that these reboots and revivals have been happening a lot more often recently. While the earliest game show reboots we found occurred in the 1970s and were followed by scripted revivals in the 1980s, the frequency of shows unretiring has definitely become a regular occurrence in the last decade. In fact, 2017 easily took the crown as the year with the most revived scripted shows, with 11. 2017 also tied for the most game shows returning to the air, with 5 tying a mark first set in 1990.

“For each of the 50 scripted television shows that retired and came back, we looked at things like the number of episodes in both their original and rebooted runs, their Rotten Tomato scores for both, and more, which you can see in the above chart. One thing we found interesting was that these shows average a little more than 17 years off-air before returning. Another interesting finding was that 16% of rebooted or revived shows returned in a new format, most often shifting from a regular weekly program to a miniseries or limited event of some kind.

“We evaluated game shows that left the air and later came back along many of the same lines. Interestingly, we found that these kinds of shows average a higher number of episodes in their return compared to their original run, something that is definitely helped by the fact that shows that are household names such as Jeopardy! and The Price Is Right fall into this category.

“In both evaluations, we tracked the networks shows aired on in their original and revived versions. CBS was responsible for over a quarter of all the returning shows we looked at, with ABC and Fox being the only other networks to originate 10% of our evaluation pool or more. When looking at where these revived and rebooted shows air when they come back, CBS is still on top, although they are tied for that honor at 14% with the streaming giant that is Netflix.

“When looking at the shows that have been given a new life, it makes sense that many of them would be shows that experienced lengthy original runs. We looked at the 10 shows (11 including ties) that enjoyed the most years on the air in their first incarnation and looked at how many years they got in their revived form. British institution Doctor Who leads the way in both counts, now sitting at 40 years on television when combining both versions.

“We also looked at the top five game shows in a similar fashion. Of these shows, four of the five are still on the air in their revived forms, meaning they can keep adding to their totals. It is also worth pointing out that Let’s Make A Deal exists in its original version in most people’s minds, but the revival has actually been on the air longer than the original, and is still going strong!

“Of course, years on the air is only one way to look at a show’s production, with the number of episodes giving another look into how much impact a show has had on popular culture. We looked at the 10 scripted shows with the most episodes in their initial runs on TV and charted out how many they got in their revived versions. Once again, Doctor Who was the leader in their original run at nearly 700 episodes, but in terms of revival production, it is actually Hawaii Five-O in first place, with over 200 episodes and counting since returning to our television sets.

“As was mentioned earlier, Jeopardy! and The Price Is Right are actually revived versions of earlier shows. While most people would assume those initial versions of those shows were short-lived, both actually aired more than 2,000 episodes. Of course, those numbers pale in comparison to the current versions of each show, both of which have aired more than 7,500 episodes and show no signs of stopping anytime soon!

While television shows don’t need help living their best lives once they retire and leave the air, we know the same can’t be said for millions of retirees across the country. If you or a loved one are seeking options to help with financial stability upon leaving the workplace, be sure to contact American Advisors Group today. 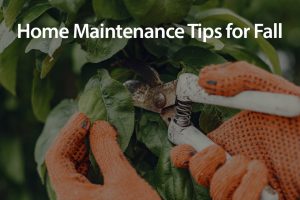 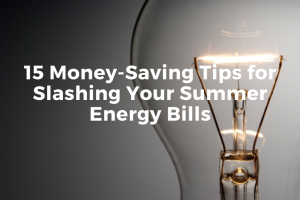