Biggest Financial Regrets and What You Can Do About Them

Sinatra said it best: “Regrets, I’ve had a few.”

In a long, adventurous life, you’ve probably racked up more than your share too, both emotional and financial. That passed-up investment in a certain Internet search engine. The loan to your brother that went unpaid. The timeshare that cost many times more than the salesperson said it would. We’ve all been there.

According to Bankrate, which each year posts a list of Americans’ biggest financial regrets, the top one is not saving for retirement, with 56% saying they wish they had saved more and 17% saying they regret not starting sooner. Baby Boomers are the generation most likely to have these regrets, given that they’re the first generation to be facing retirement relying mostly on their own financial resources rather than a pension.

Other regrets expressed by survey takers were a failure to save for a child’s college education and having too much debt.

While you can’t go back in time, it’s never too late to turn over a new financial leaf and shore up your finances.

Here are some common financial regrets and a few ideas to get you started:

Not saving for retirement

Conventional wisdom holds that retirees should avoid spending more than 4% of their nest eggs each year. For example, for a $1 million portfolio, that translates to $40,000 a year, adjusted upward each year for inflation, though you might want to be more conservative if you worry about outliving your money.

What can you do to bring in more retirement income if your nest egg doesn’t support your income needs?

Not starting to save earlier in life

There are no do-overs, but there are still a few actions you can take to make improvements.

First, think carefully about your Social Security strategy. You’re eligible to tap into Social Security starting at age 62, but you are penalized for each month you take the benefit prior to your full retirement age, which for people born after 1938 is between 66 and 67. Waiting past full retirement age results in a bonus of about 8% a year until age 70. And those higher payments are locked in for the rest of your life. Consider waiting as long as you can to get higher payments.

Also, think about ways to bring in additional income, even if you’ve formally retired. For many retirees, work can play a big part in their retirement plan. Working longer lets your nest egg grow and provides additional funds for saving. Working in retirement does not have to be the daily grind it was when you were younger. Consider tapping into the sharing economy by providing rides, tutoring, renting out a room in your home, or pet sitting or dog walking to name just a few options.

Buying too much house

By downsizing, you may be able to substantially reduce your financial burden and create additional income.

In an example from Boston College’s Center for Retirement Research, moving from a home that costs $250,000 to one that costs $150,000 could mean that you’ll have an additional $75,000 (after selling and moving costs), money you can then invest to create more retirement income. Plus, it can also mean more than a $3,000 reduction in yearly home maintenance expenses, given that homes typically require 3.25% of their value in annual maintenance. Review the chart below to see how this increased cash flow is created:

CBesides creating greater cash flow, if you move into a condo, you’ll be able to escape shoveling, mowing, raking and other home maintenance tasks.

To create even greater monthly cash flow in retirement, consider using a HECM for Purchase to buy your downsized home. This type of loan lets you combine a reverse mortgage with equity from the sale of your home—or from other savings and assets—to buy your next property. By using this strategy, not only won’t you have to pay all cash for your new-home, you also won’t have any monthly mortgage payments to make. This means you can put even more money toward your retirement savings or investments. A HECM for Purchase, however, requires that you continue to maintain your home and pay your property taxes and homeowners insurance.

All Americans are carrying more debt, but debt has particularly increased among people 65 and older. According to the Federal Reserve’s Survey of Consumer Finances, the percentage of households headed by someone 65 and older with any debt rose from 41.5% in 1992 to 60% in 2016. Median total debt for older borrowers was $31,300 in 2016, which is 2.5 times what it was in 2001.

It’s one thing to have debt when you’re still working and bringing in income. But it’s quite another when you’re retired and counting on your savings and Social Security to cover both your past debts and current living expenses. While paying down debt in retirement is not easy, it can be done.

While it’s impossible to go back in time and correct your financial mistakes, you aren’t destined to be smothered by them either. Start working on solutions so even if you can’t totally unwind your past financial actions, you can at least see some progress. By developing a solid plan of attack and staying focused on the future, not the past, you and your retirement will eventually take on a whole new outlook.

We hope this article has given you some help with things to think about. Of course, every situation is different. This information is intended to be general and educational in nature, and should not be construed as financial advice. 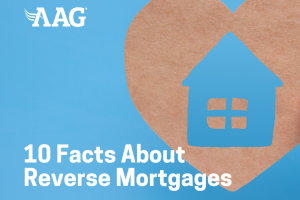 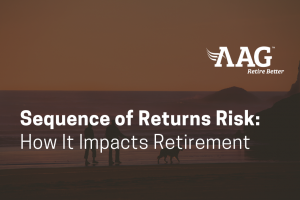 Sequence of Returns Risk: How It Impacts Retirement