Whether using his Hasselblad, Minolta or Canon cameras, Garvin Smith has always known how to find just the right focus for his life. At age 77, that focus for the Orlando, Florida-based celebrity photographer and producer has a reverse mortgage from AAG.

He zoomed in on a reverse mortgage for the extra cash flow it would give him without having to sell his home, which would mean not having to uproot his home business and almost 60 years of photographic equipment. He could also remain close to the convenient community activities and amenities that he and his father, when he was living with him, had valued so much.

While Garvin’s bread-and-butter Actors Headshot & Portrait photography business was temporarily sidelined because of the COVID-19 pandemic, the savvy septuagenarian used the hiatus to focus on other endeavors, like capturing a day in the life of oyster watermen in the Chesapeake Bay in Maryland, a photo coffee table book project that had long been on his mind.

“It was time for a reset,” Garvin said. “In my business, you don’t retire. How can you retire from something you love to do?”

In his decades behind the lens, a career that has taken him from Washington, D.C., to California before finally settling in Altamonte Springs — just outside of Orlando and the home of Walt Disney World — Garvin had first heard of reverse mortgages in the early 2000s from an actor friend in Ocala, Fla., who had started a reverse mortgage company.

“I did all the images for their advertising campaigns,” Garvin fondly recalled.

Garvin eventually moved to Central Florida, Altamonte Springs, where life has been good to him and his wife.

When a broker friend, part of his coffee group, recently heard Garvin was fixing up his home preparing to sell, he countered such foolish talk by giving him the name of a reverse mortgage friend he knew. The same day, Garvin received an AAG flyer in the mail.

Receiving the name of a reverse mortgage professional from a trusted friend on the same day he received an AAG flyer in the mail was some kind of cosmic sign Garvin couldn’t ignore. Too many things were lining up, like all the elements of a perfect picture. Garvin called AAG loan officer Frank Joseph.

“We hit it off immediately,” Garvin said, adding he was impressed with all the new consumer protections that had been added to reverse mortgages over the years. “The rules had changed.”

Although both Garvin and Frank had wished the appraisal had come in higher, Garvin said the entire process was “as smooth as glass” and, most importantly, has left him without monthly mortgage payments, which will free up more cash flow for his projects. He still must maintain his home and pay property taxes and homeowners insurance as a condition of his loan.

Had Garvin decided to move, his departure would have been a big loss for the Orlando area where he is a master photographer – Director for Orlando Actors Headshots. For the past 18 years, he has also mentored Orlando Technical College students through Signature Chefs of Orlando as the Executive Producer, a regular podcast where the next generation of chefs share their inspired dishes while young video artists record all the culinary action.

As producer, director, cameraman, mentor and new AAG reverse mortgage holder, Garvin continues to capture each of life’s great moments. You can check out Garvin’s work on Instagram at @garvinphotographer. 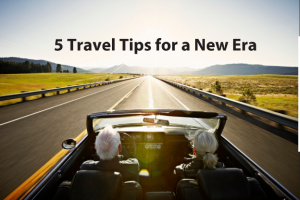 5 Travel Tips for a New Era 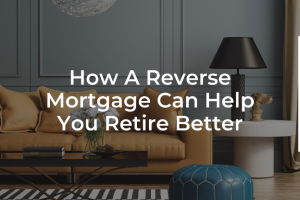 How A Reverse Mortgage Can Help You Retire Better